Neil, you are the man.  If you ever happen to read my humble blog, please know that you’re one of my personal heroes, and I find the work you do (both in and out of a lab) to be truly world-changing.

Why do I think all of that about Neil Degrasse Tyson?  The man is on FOX–that’s right, the network responsible for some of the most egregious extremism–including attempts to rouse countless “good Christians” to call-down hell-fire and damnation upon all those that insist on acknowledging the fact that there are holidays other than Christmas.

Stand tall, and look to the stars

Neil is on that same network, boldly stating things like “evolution is scientific fact” while refusing to pander to the extremists by giving creationism any credence.  It’s awesome.

The idea is to show the wonders of the world, galaxy, and the rest of the cosmos in which we live.  Neil and Seth MacFarlane (of all people) want to get you thinking critically and creatively about how to solve the mysteries of the universe.  They want you to know both how much we have already discovered and how much more we have to go.  He’s standing up for the literate masses, inspiring us to ask questions.

Earth has been around for a very, very long time.  If you look at us human beings, and the time we’ve spent here on Mr. Tyson’s cosmic calendar, we’ve only been on this planet for such a small percentage of the time that it’s practically impossible to put into perspective.  Human beings simply aren’t built to conceptualize a massive enough span of time to fully appreciate the age of the Earth.

In short, we’re the new kids on the planet.  If we want to stick around, we really need to learn as much as we can about what we’re working with.  Neil knows this, and he wants you to learn.

The USS Ship of Imagination

The show doesn’t take sides, and it’s not political (despite what you may read on the internet).  He’s not decrying religion, he’s simply putting forth proven scientific fact and theory–relaying information that has been tested and verified.

Without any mysticism whatsoever, Neil is able to paint a scientifically accurate landscape that is wondrous and beautiful. He shows us things we do not yet fully understand, and describes how a love of science can inspire and transform the whole planet.

I bet you can’t watch an episode of Cosmos without saying “wow” at least once.  I love the show.  Who’d have thought that science could make you feel all warm and fuzzy inside?

My only question now is: how long do you think it’ll take Fox to shut this show down for doing something so audacious as to simply promote real science? 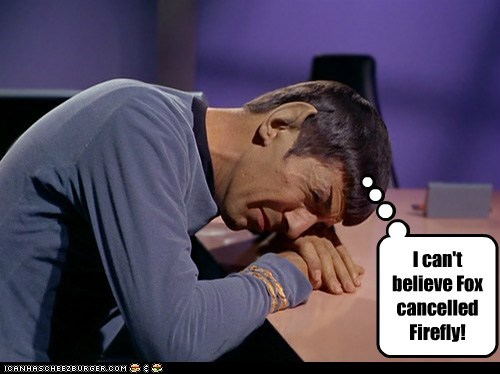