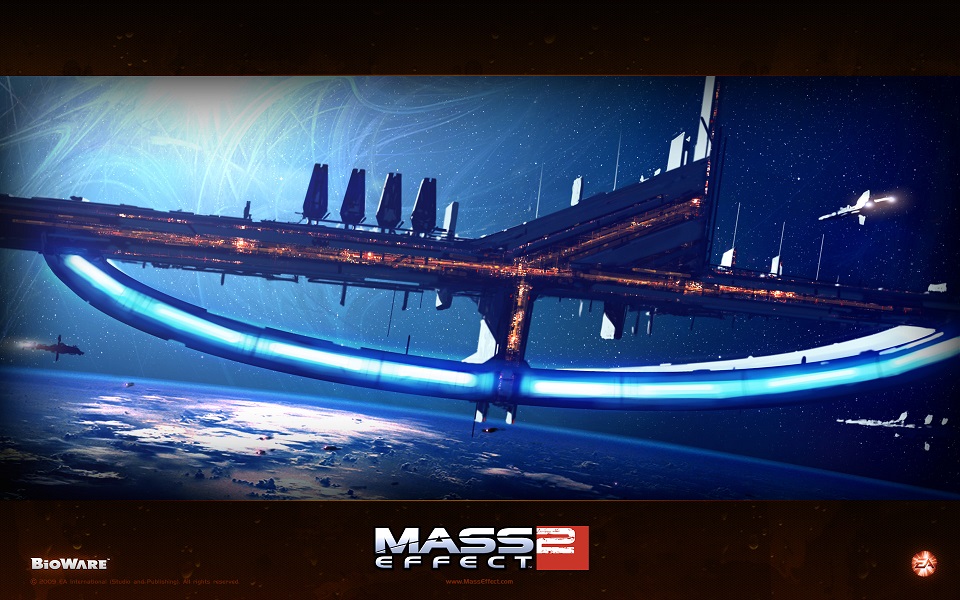 I have been a pretty avid gamer most of my life.  I started with an Atari 2600 and 800xl sometime around the age of 2 or 3 (not saying I was any good), and it just sort of grew from there.

I don’t just play RPGs like Mass Effect either.  I have been playing Counter-Strike since late 1999 (yes, it really has had a nearly 14 year run), and I’ve played everything from Duke Nukem 3D to Civilization.  ALL of it has contributed to making me a better writer.

First, let’s tackle the obvious stuff.  Games like Mass Effect tell stories of surprising depth, and focus a great deal on character/setting development.  It’s a lot different than reading a book, because it’s interactive–you’re contributing to the world and the characters in it.

Mass Effect is a great example, because your decisions in the game impact how the story plays out.  This effectively makes you one of the writers.  Sure, you’re working within a fairly strict framework (like a much more extensive choose-your-own-adventure), but the fact remains–you’re a integral part of telling the story.

So, when I play a game like that, I pay attention to how the story is shaped–what parts need to come together to make it all work.  Playing Mass Effect is like playing through a very entertaining writing exercise.  It’s given me ideas, and it’s helped me to figure out how to establish a setting without hampering the story.  In fact, it helped me to realize that the setting is really doing some of the storytelling too.

I’ve run games, and I’ve played in them.  Running a game is just like writing the framework to a story.  You stick in a setting, some events, and a surprise or three, then you let the characters run wild.  It’s sort of a story sandbox in which individual (and independently thinking) characters can play.

If you’re having trouble figuring out your setting, or if you want to see how one of your characters would react to a certain event or motivation, then learn how to run a P&P RPG.  It’s one hell of an exercise, and it gives a whole new meaning to the term “character-driven.”

I’m going to use Counter-Strike as my least obvious example of how gaming has helped my writing.  It’s a fairly simple online game in which a team of Counter-Terrorists try to stop a bunch of Terrorists from doing something bad.  Sometimes hostages need rescued, and other times, terrorists try to blow something up.  There are a few other game modes, but you get the idea.

The real key to how this game has helped me write is the fact that it’s an online game.  That means, while you’re shooting at a terrorist or trying to defuse a bomb, you’re doing it while talking and working with other people.  I have regularly played on the same server for years and years, so I’ve even made friends through the game.

It’s this social interaction that has been useful for my writing.  I get to study how ticked off strangers interact, or how old friends celebrate a win.  I can see how people do or do not work together (unfortunately, it’s usually the latter).  It’s easy to study how an online environment capable of hiding one’s true identity impacts how people speak to one another.

In short, CS can make for a real interesting study in human behavior–which is helpful when developing believable characters.

Why write this post?  To tell you that everything in the world around you can help you write if you look at it the right way.  Gaming just happens to lend itself especially well to the art.  Also, I’m a shameless nerd.

Are you an aspiring writer?  Go out and run a Cthulhu adventure!  It’s good fun, and it’ll help.  I promise.