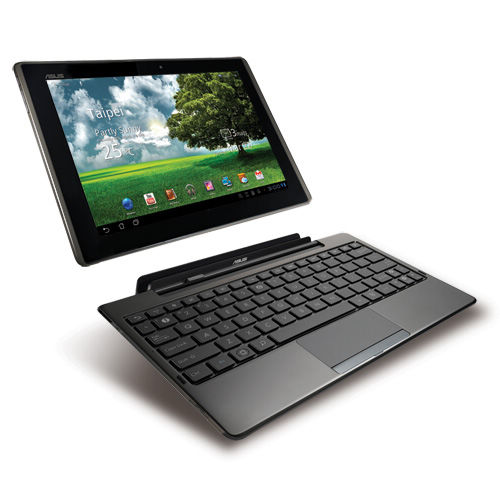 I still think the keyboard dock is awesome

Everyone is always reviewing the newest tech. When you hit sites like Ars Technica (one of my personal favorites) or Engadget, you get reviews on devices that either aren’t out, or have just came out. They’ve been in the hands of testers for a few weeks, or sometimes months, and then you get a review.

That’s great, and I read those reviews very regularly. I enjoy them immensely, and I use them to help me make my purchasing decisions, but it’s rare to revisit something previously reviewed. In fact, it’s very difficult to go back and find the original reviews of older devices once some time has passed. I found this one on Engadget, but couldn’t find a whole lot else out there.

So, why write a review on old tech? Well, I have a couple of reasons, actually. One, I think it’s a good thing to go back and see how the hot new device you bought over two years ago is doing. Was it everything that was promised? Did it hold up, or fall apart? How useful is it today? I think these questions are even more interesting in the tablet/mobile phone space where two years is a very long time. I have a laptop that’s about a year-and-a-half old, and it’s still got power enough to be considered high end, but my tablet specs are decidedly aged compared to newer rivals.

Without further ado, I’ll go ahead and actually review this thing.  If anything, it’ll give you an idea on how well you can expect your tablet to hold up, what kind of build quality ASUS brings to the table, and when you may want to start considering an upgrade.

The screen on the ASUS Transformer TF101 is pretty darn good.  For it’s time, it was one of the best.  Are there better screens out there now?  Absolutely (the Nexus 10’s screen is absolutely incredible, and both the 3rd and 4th generation iPad screens are very good).

That’s only half the story though.  After more than two years of daily use, some travel, and some emulator time, I have zero dead pixels.  The screen is every bit as responsive as the day I bought it.  It has never seen a screen protector, and doesn’t have a scratch on it (though, I do take care of my gadgets, and I do have the keyboard dock to protect the screen when closed).

The only problem I have is one of the backlights has a loose connection (the one in the bottom-right-corner).  So, when it goes dim occasionally, I have to tap the back of the tablet to get it to come back on.  This doesn’t happen very often, but it’s annoying.

Here’s where things get interesting.  ASUS stopped updating this tablet with Ice Cream Sandwich, which is one version removed from the most current iteration of Android.  It’s fairly up-to-date, but not completely.  As a result, the tablet is missing a couple (though not many) features.

As apps continue to get more robust and resource intensive, I’ve seen load times increase on my tablet.  None of them are intolerable, but I have to think about my multitasking more carefully now-a-days.  Most of the time I don’t encounter issues, but occasionally, I see a rather unfun slow-down at the system level.

For example, if I’ve got a game paused, decide to update an app from Google Play, and then try to open a book in Kindle, it can sometimes take an extra moment or two.  These slow-downs are a pretty recent development, and I’ve tried a few things to curb them.

I did install a Jelly Bean ROM (or two) to see how they would work, but I saw significant performance hits as a result, and ended up resorting to a cleaned-up version of ASUS’s Ice Cream Sandwich ROM.  There are overclocking options that I’ve been toying with, and those seem to help a little, but sometimes these can cause stability issues.

The long and short of it is, after two years, the tablet is usable and not much trouble.  However, it is a two-year-old tablet.  Tablets are moving at mid-to-late 90’s computer hardware speeds, back when your computer was obsolete before you finished taking it out of the box.  The hardware cycles are slowing down now, but when I bought my Transformer, they were moving lightning fast.

Heck, my phone (which is steadily approaching the one year mark) is more than twice as powerful as my tablet with its Snapdragon S4 Pro quad-core.  I think you get the idea.

Now-a-days, I expect a newly purchased tablet to be a little bit better off than mine is in the performance department after two years.  However, even a higher end tablet purchased during the crazy days of 2011 (crazy for tablets and phones, anyway) is still usable, and that’s not horrible.

I’ve already mentioned this in the sections above, but my tablet is getting long in the tooth.  So this section is more about how long you can expect a tablet to last whilst still being relevant and useful.

Let me be clear; I can’t predict the future.  I’m basing my analysis on my experience working for a technology company, and generally keeping up with technology news.  I pay attention when new tablets come out, I check out the specs and compare them to my TF101’s, and I usually get to tinker with them at work.

It’s getting to be close to that time for my Transformer.  Don’t get me wrong, I’m not going to go out and buy a tablet tomorrow or anything, but I’m starting to hit performance limitations.  The hardware has held up very, very well.  Aside from the back-light I mentioned above, I have had zero problems with this tablet.  However, just like a five year old computer, you can only do so much to keep things running fast.

A new Nexus tablet is supposedly being announced today, and I may take a hard look at getting one of those (depending on price and specs), but it won’t be for a few months, or possibly, some time after Christmas.

I will say this, however, if you want to get the longest lifespan out of your tablet, check out the developer community surrounding it before you buy.  Nexus tablets, for example, will have a small army of developers and hackers ready to serve up custom ROMs, performance tweaks, mods, and more.  Because of that, you can generally get a lot of extra life out of your tablet.

If there’s a small dev community, or the manufacturer has locked the tablet down, you won’t get as many perks.  That’s why I’m leaning toward a Nexus device for my next tablet.  Google supports them longer than most OEMs, and you get a massive dev community to boot.  it’s a win-win.

So, if I buy a tablet today, how long will it last?

Again, I can’t predict the future, but I’d say, if you’re willing to spend the money on a higher-end tablet, you’ll get a solid two to three years out of it.  Since the rate of hardware innovation has slowed somewhat since I bought my tablet, I’d say that time-span may even be closer to three or four–perhaps a hair more.

Beware the temptation of the drug store tablet!  If you go into your local CVS or Walgreen’s and spot that $70 Android tablet and think, “Hey, that looks like a great deal,” you’d be wrong.  Don’t do it.  You’ll be fine with the thing for a few months, at best.  After that, it’ll start driving you insane.  Trust me.

Is it worth it?

I use my tablet a LOT.  I have written chapters of my book on it, posted to this very blog, played old DOS games on it (which is awesome), and a whole lot more.  I read on it just about every night, and I use it daily for taking notes at work.

What I’m saying is, I get a lot of good use out of this thing which has justified the initial cost ten-fold.

That being said, I wouldn’t spend $500 on a tablet.  With a little careful shopping, you can generally find a full-blown ultra-book for less.  Tablets aren’t as versatile as computers, and should be priced accordingly.  Yes, I can edit and create Word docs on my tablet, but it’s easier to do on a computer.  I can even remotely control my computer from my tablet (and phone), but it’s easier to just use my computer.  You get the idea.

So, my advice?  Buy something powerful and reasonably priced.  The new Nexus 7 (which should REALLY have a new name too) is out at $229 to start, which isn’t bad.  It doesn’t have top-of-the-line specs, but they’re pretty freaking close.  If you want a 10″ tablet, wait until the holidays when new ones come out or buy the current Nexus 10.  It’s a little older but is still very fast with a killer screen.

Me?  I just won’t spend that much money on a tablet, and I’m probably going to wait to see what the holidays bring to the table.