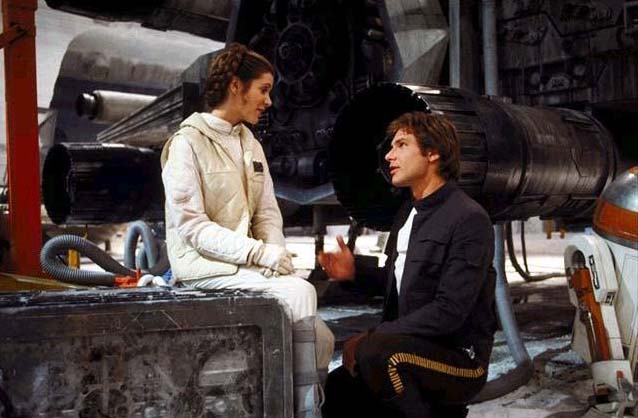 If only I were as cool as Han Solo

Today, my wife and I have been married for seven years, and they’ve all been pretty amazing.  I can say, with certainty, that the rough times we’ve gone through haven’t been because of our marriage, but more due to circumstance.  Those hard times were only surmountable because of our strong marriage.  It’s pulled me through some things that I’m not sure I’d have been able to survive on my own.

They say that around half of all marriages now end in divorce.  So, I figured that I’d take our anniversary as an opportunity to tell you all how to keep your marriage going strong.  I’m even going to write it out as a step-by-step process, so there’s no excuse for failure!

Oh, and while I may not be a psychological genius, I am in a healthy relationship, and have been for 10 years.  Also, it’s not exactly theoretical physics, ladies and gentlemen.

Learn my secrets after the break . . .

Step 1: Marry for the right reasons This is sort of a pre-game step, and it may seem obvious, but the statistical evidence would seem to suggest that most people don’t think it through. There’s only one reason to ever get married, and that’s love.  Yeah, that’s corny, but it’s also true.

If you don’t love someone, or you’re not sure whether or not you do, then don’t get married.  It’s that simple.  You date someone for a while to see if you love them.  You do not walk down the aisle as some sort of trial run.

The only caveat to this rule that should ever be considered is if you’re getting married due to some strange and extenuating circumstance.  Say, for instance, some poor immigrant that would be forced to go back to a war-torn nation needs to marry you to stay in this country.  If she goes back, it would certainly mean her death at the hands of evil bastards that don’t like her independent streak.  In this scenario, you aren’t really marrying to take the road down true domestic partnership, and you likely aren’t going to attempt to live with this person for the rest of your life.

You get the idea–the only time you don’t marry for love is if you don’t intend to try to live with that person for the rest of your time here on the planet.  There are no other exceptions.

This one is pretty simple.  Talk to each other.  Is something bothering you?  Tell your spouse.  Did something really cool happen today?  Tell your spouse.  Really, that’s it.  It doesn’t matter what it is–it could seem silly, or benign, but if it’s bothering you, it’s always important.  If you think about it, this is all a psychologist does for you–they get you to talk.  So, if you heed this rule, you can thank me for saving you a ton of money.

Keep in mind, I said “talk,” not “yell.”  Sometimes you’re gonna yell (or snap) at each other.  When you do, take a bit to calm down, apologize, and then explain why you got all pissed off in the first place.  You know; talk.

Step 3: Remember to do things together

This one sounds obvious too, but it’s so much deeper than you’re probably thinking.  When I say to do things together, what I mean is that you’ve got to step outside of what you like to do (sometimes) and make an effort to find something you both like to do.

I’m watching So You Think You Can Dance with my wife, for example, and it’s actually kind of amazing what some of those people can do on a stage.  In return, she’s going to watch Game of Thrones with me, and has already made an attempt at Firefly.

Don’t give up the stuff that you uniquely like to do (I doubt Amanda will ever sit down to play Titanfall or The Division with me).  All I’m saying is that you need to find some common ground–some recreational thing that you both enjoy–and make sure you engage in this activity on a fairly regular basis.

Oh, and try not to drag your spouse to something he or she hates very often.  Yeah, you’re going to have to go do these things sometimes to be supportive, but you definitely shouldn’t often force your spouse into recreational things that you enjoy and he or she hates.

Amanda: Please note that I said “recreational.”  No one likes to clean the toilet, but we both have to do it from time to time.  Maybe next time we can do it together?

Amanda and I consider our dating anniversary (April 20th) to be more important than our wedding anniversary (today).  It was when we both started spending time together, and where this rather kick-ass journey began. So we celebrate it every year by doing the same thing, at the same places, that we did on that day (which means a trip to Steak ‘N Shake and Toys ‘R Us).  I get her a paper hat from Steak ‘N Shake every year (just like I did the first time), then we usually do something a lil’ more romantic later that night. Oh, don’t worry, we celebrate our wedding anniversary too!  We also do birthdays, holidays, random days off, and whatever else we can celebrate.  We even went out to celebrate when Amanda lost the crappiest job she ever had.

See, celebrating things is fun as hell.  It’s also a way to remind yourself of something truly meaningful–something that happened on a specific day, or in a specific way.  We celebrate to remember how awesome it was when we started dating or when we got married.

If you forget when times were awesome, you’re going to have a lot of trouble getting through the times that aren’t.

If you followed my advice in Step 1, then you’ve got what you need for a successful marriage.  That’s right, love.  To be happy, you’ve gotta remember that you have that love, and that, because of it, you’re going to make it.

Say you’re angry at your wife for leaving trash in your car even though asked her not to.  Yeah, this is a minor offense, and you probably shouldn’t get mad, but you do anyway.  If you take a few deep breaths, and remember that you love your wife, I can guarantee that your anger will dwindle.  If you then follow Step 2 and tell your wife that the trash annoyed you (calmly and with the knowledge that you love her and will get through this minor tiff), then you’ll likely be able to resolve the situation with only minor conflict.

Approached that way, she may even remember to pick up the trash next time.  If she doesn’t, it’s not the end of the world either.  You know why?  Because you love her.  That’s why.

Step 6: Remember, you can be a real pain in the ass

For every thing your spouse does that drives you nuts, I can very nearly guarantee that you do something that’s equally obnoxious.  No one is perfect, and when you live with someone, you’re going to tick each other off sometimes.

So, when you get annoyed at something minor, remember, you’re a pain in the ass too.  For example, you could be spending time on your anniversary proof-reading a blog post instead of spending time with your wife.  Definitely annoying.

(That was my way of saying that I need to go, in case you hadn’t guessed.  I hope my humble advice leads to happy marriages, and all the perks that come with them.  Don’t believe the negative hype!  Nothing beats a good marriage.) 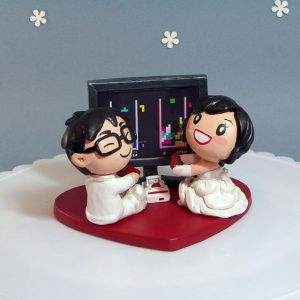