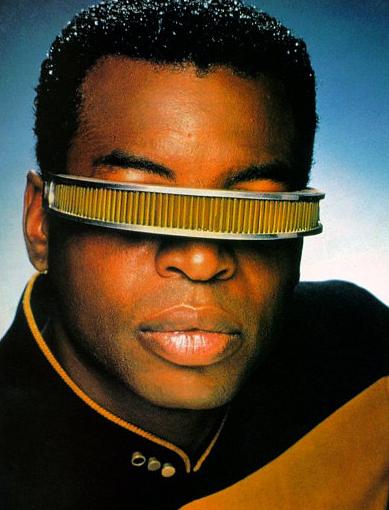 Levar Burton most likely just won the internet–at least for a little while.

Google is working on a project called “Project Glass.”  It’s a pretty sweet piece of eye-wear that will give you a heads-up display whenever you want it.  There are so many cool applications for this, I have no idea where to start.

Anyway, there’s a new contest to hand out test devices to a bunch of lucky nerds, and Levar Burton decided to chime in with his own tweet:

#ifihadglass It would be a downgrade. -Geordi La Forge

If you don’t know what that means, then no amount of explaining will make it seem as awesome as it is.  You could Google it and watch a few episodes of Star Trek: The Next Generation, but I leave that up to you.

All I have to say is, if Google doesn’t give Geordi La-freaking-Forge some Google Glass love, they need to have their nerd cards revoked.