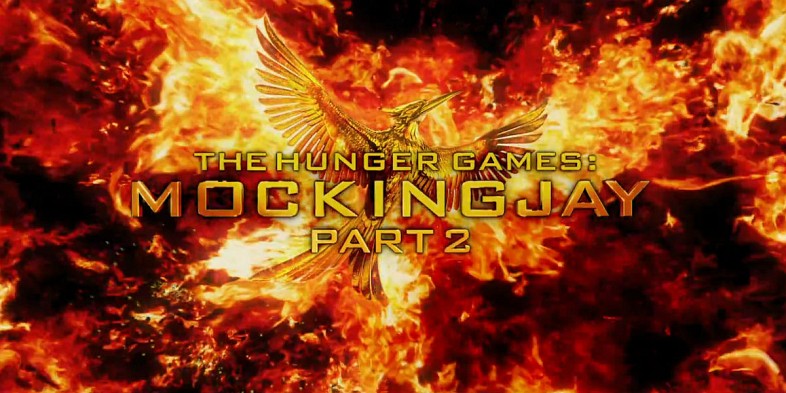 Ooooohhh, look at all the fire!

Before I start this movie review, let me just add a disclaimer. I firmly believe that Mockingjay was the weakest of the written trilogy (the actual books). There was a lot of filler in there that made the story seriously drag, and I was prepared for the movies (needlessly split into two parts) to be more of the same. Turns out, they reserved a lot of the drag for the second half of Mockingjay (the movie).

All-in-all, I found it kinda boring. It wasn’t bad, it just wasn’t great, and it was the weakest of the four movies. If you’re a hardcore Hunger Games fan, then you should probably go see this while it’s in theaters. For everyone else: you’re better off waiting on the rental.

I’ll tell you this: she’s really entered into a love-HATE relationship with that cat. I mean, full-on, spittle-flying, rage-scream hate, with just a light sousant of love.

Without further ado, I will get to breaking this thing down. Beware, there are spoiler pods ahead (the “pod” thing will make sense if you’ve seen the movie or read the book). 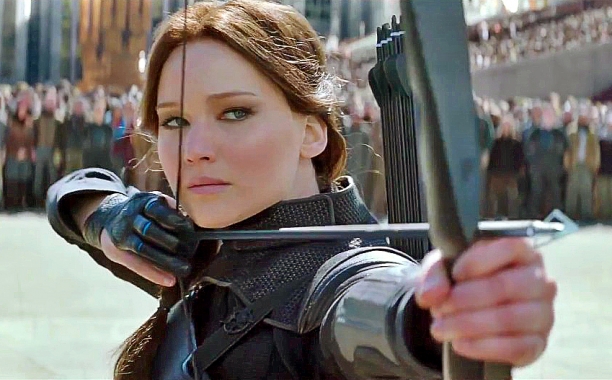 Katniss kinda takes charge in this one

Honestly, I’m having trouble coming up with stuff to write here. I was going to say the acting was good, but the more I think about it, the more it feels like the actors were dragging right along with the story. The twisty bits at the end were pretty well done, but not at all surprising if you’ve read the books.

[su_spoiler title=”Twisty bits at the end” style=”fancy” icon=”chevron-circle” anchor=”TwistyBits”]The movie did a good job at revealing, in a somewhat subtle fashion, the fact that Coin was every bit as bad as Snow. She was a political opportunist, seeking to raise the rebellion to grab power for herself.  She also doesn’t seem to give a damn about who she steps on, or who dies to achieve her goals.

Does that mean that she would have been as bad as Snow? Maybe not, but the movie hints that she’s already started down an obviously slippery slope, exemplified most directly with her idea of a “symbolic” hunger games in which kids from the capitol would fight to the death.  Messed up, right?

If you think that a nutbag that wants to have children butcher each other “symbolically” would make a good leader, then I sincerely hope you don’t vote. Coin is clearly not sane or rational, and Katniss probably did the right thing in defying her.[/su_spoiler]

Despite the fact that I mentioned “filler” up above, I actually feel there’s less of it in the movie than there is in the book, and that’s a good thing. Oh, it’s still there, but not as much of it.

That’s really all I can think of. There was a lot of “meh” in this movie, and a decent chunk of bad, but there wasn’t a ton of stuff that was truly good. 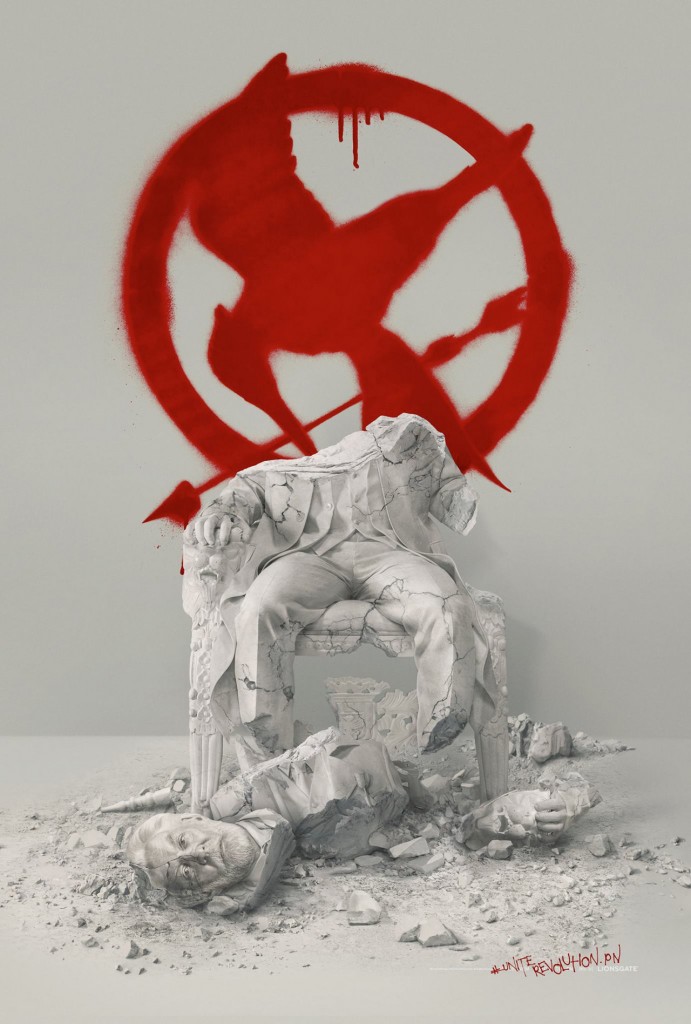 The thing that drove me most crazy in this movie was the absolutely ridiculous way in which the soldiers treated every tactical situation. Some of this is a carry-over from the book, but it’s just so much worse when you’re actually seeing “elite” soldiers do absolutely stupid things.

When someone tells you to “take cover,” and all you do is mill around aimlessly in the middle of a street in broad daylight, you’re doing it wrong.

On top of that, if you’ve got a “fortress” nestled between several mountain peaks, you put gun emplacements in those mountains. They can be easily hidden, and would give you an early warning against approaching air units.

Except, in the Hunger Games universe, the people that build “fortresses” apparently forgot that people can attack from the air. *sigh*

I could go on and on about the absolutely stupid “tactical” decisions made in this movie, but, instead, I’ll give just one specific example (in the spoiler box below), then end my rant. If you don’t want to read the spoiler, just trust me when I tell you: it’s dumb.

[su_spoiler title=”Stupid tactis” style=”fancy” icon=”chevron-circle” anchor=”StupidTactics”]So, there’s a scene in which the twins in the “elite” squad Katniss is a part of have a last stand after setting off a “pod” (trap). They expose their position WAY too early, and are taken out by a rocket.

Meanwhile, the rest of group has gone into a building across the courtyard, and is watching the carnage from a couple hundred yards away. They’re apparently trapped (or, at least, too stupid to get out of the area).

Do the peacekeepers check the rubble for bodies? Nope. Do they clear the surrounding area? Nope. They fire their rockets, then announce Katniss and friends are dead. Then they conveniently go away, leaving the rest of the group safe and (conveniently) presumed dead.

OK, one last thing to add to the bad list: the “pods,” are traps magically laid by the capitol all over the city in practically no time at all, and there is no trace of the major construction that had to have been involved.  That’s kinda unbelievable.

Katniss can also shoot arrows past them to set them off. They don’t read for body heat, the motion sensors aren’t properly calibrated to catch human-like movement, and they are, for the most part, easily avoided. I understand that the pods are supposed to be over the top, and they are, but you can’t tell me that all of the super-genius game designers failed to come up with sensors that couldn’t more accurately detect human movement. I mean, it was good there weren’t any rodents, squirrels, or birds in the city, or every pod would’ve been set off, and the rebels could’ve waltzed in to rule the city at their leisure. Sheesh.

Like I said in the intro, if you’re a die-hard fan, and you just have to have closure, go see this in theaters. It’s not awful, it’s just not that great. I officially imbue this movie with a solid “meh” rating.

If you can wait a little while to see how things end up with Katniss, then I’d recommend waiting for the digital copy or a rental.  She’s not going anywhere, after all . . .