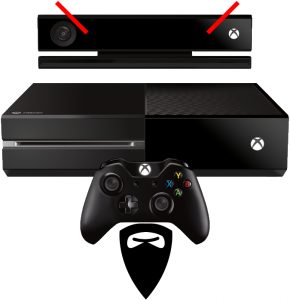 Well, it turns out Microsoft backed down.  After telling us, if we don’t like their new policies, we can go buy an XBOX 360 and their implacable defense of the high pricetag, they’ve pulled a bit of a U-turn in a few key areas.

Microsoft is doing away with the used game restrictions and the always online requirements of the system.  Now, when you buy a disc, you own the disc and you can do whatever you want with it (which is the way it should be).

However, MS seems a bit salty over the whole thing because, rather than trying to continue with more of a digital distribution model whilst making allowances for the ownership of physical media, they’ve basically dumped the digital model all together.  You can read more about that here.

Look, I’m glad they’re listening to gamers (their core audience whether MS likes it or not), but begrudgingly making a U-turn after such strident defense of your position is not enough to win back jaded fans.  MS, you’ve got to do something a little more drastic.

Here are a few ideas on how MS could make me believer again:

Anyone else have any ideas?  They need to do SOMETHING.  I’m not sure if they’re aware of just how ticked off the gaming community has been over this whole mess, and it’s going to take something tangible to win people over again.

I miss the original XBOX, with its giant (awesome) controllers.  That was when MS didn’t care that they were losing a crap-load of money every time a console was sold.  They seemed to be in it for actual gamers.  Now, they look like MS circa 1995, and it’s not pretty.

While it’s true that MS could have created a new world of really kick-ass digital distribution, freeing people to share games across continents.  But, personally, I think that’s a load of horse-shit.  If they were going to give us a digital playground to roam in careless bliss, then they would have said so.  The only things they said about their plan that were concrete had to do with restrictions.  That digital playground sounded a lot more like a digital prison as a result.

Post your ideas on how Microsoft can reform in the comments!  MS, I challenge you to come win me back, my friend.  I’m waiting.